Although we skied the new G3 ION binding a little last spring and liked it, it wasn’t until January that I’ve been able to mount and ski a pair for long-term use. The ION represents a full redesign of G3’s first tech binding, the Onyx, and it’s proving to perform well. 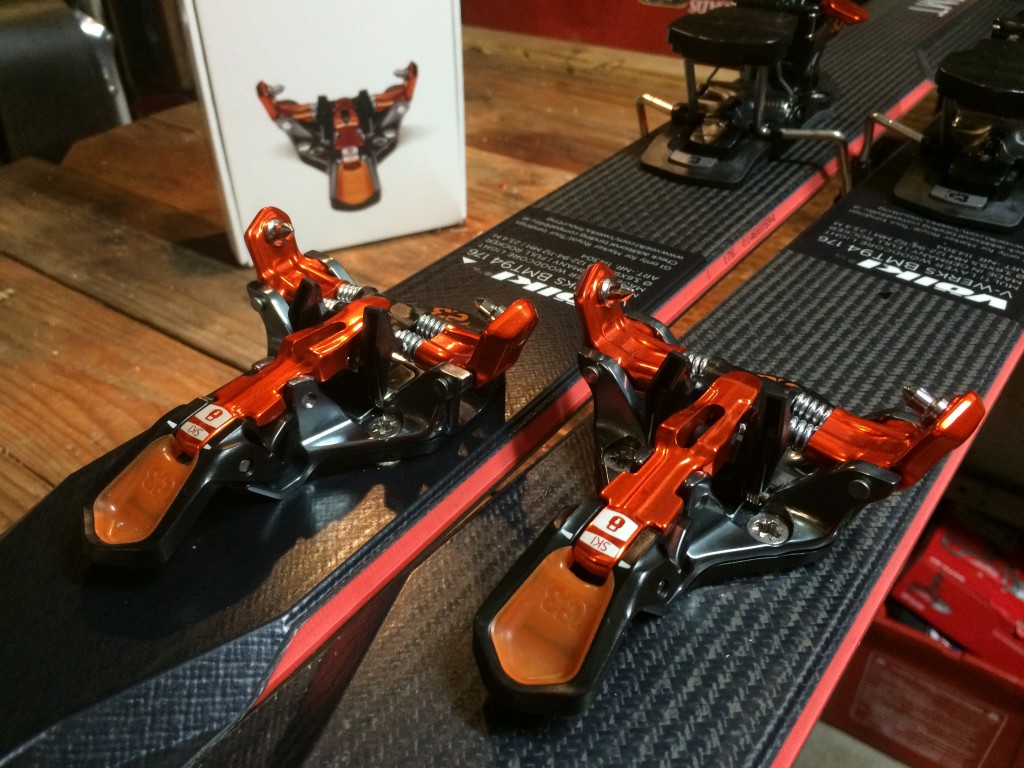 Upon first glance, the G3 ION binding shares some obvious similarities with the Dynafit Radical binding like toe design, similar heel lifters and general big-picture functionality, but the ION also has several features that set it apart and establish new standards for tech binding performance and function.

It’s obvious that G3 put some industrial design work into the ION binding. The brightly anodized components and clean look of the cast parts are eye-catching for sure.

Dig a little deeper and you’ll learn that the toe unit has more clearance under it to help address problems of snow/ice buildup under the toe jaws, a problem that can lead to an insecure toe connection. The added clearance makes it easier to clear out the offending buildup and theoretically helps it self clean. It also reduces ramp angle a bit – the difference between toe and heel height – as it raises the toe a good half centimeter or so higher than on a Dynafit Radical binding. 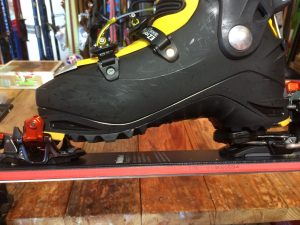 A second and important difference between the Radical and ION bindings is how the ION’s heel unit is designed to accommodate fore and aft movement as the ski flexes. The Dynafit Radical 1.0 and earlier models (not including the Beast) essentially build heel play into the system by setting a gap between the boot heel and the binding unit. This allows the boot to slide on the pins as the ski flexes. G3 designed the ION to be set flush with the heel of the boot and accommodates heel movement with spring-loaded forward pressure that allows fore and aft movement as the ski flexes, all the while keeping the heel pins in place.  The design maintains consistent forward pressure against the boot, thus yielding a more consistent release dynamic. Dynafit recognized the value of this thinking and the Radical 2.0 (now available in place of the Radical) features a similar design concept.

A couple of more nice but relatively subtle features on the ION include the fact that all adjustments are made with a pozi-drive bit, even the DIN adjustments. It’s a nice touch for those work on their own bindings. The G3 ION binding also has a new, wider mounting pattern than the standard Dynafit pattern, 30% wider in fact, which given today’s ski widths makes good sense. The brakes are on par with Dynafit’s, which means they work pretty well. They are designed to lock into place once you step down on them, which means you can have brakes even when first stepping into tour mode after putting on your skins. You can also just push them down while putting on your skins if you prefer. Interestingly, the pending Radical 2.0 seems to adopt a similar feature, too. 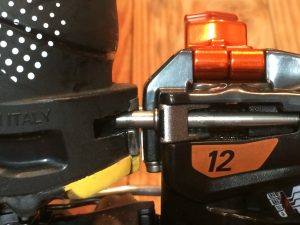 Like the Radical, the G3 ION has stops or guides on the toe unit to help facilitate the step-in process. They work, though – and its my only gripe with the ION – it took me more time to learn the step-in move than I expected. Still, I feel like the best approach is to align the boot to one toe pin and roll down like the pre-toe-guide days. Call it operator error or slow learner? Possible, but I’ve got 10+ years on tech toes. I think my problems stepping into the toe are related to the location of the guides and the width of the jaws when open; but I figured it out, eventually.

My step-in woes aside, the binding has been great. The heel unit can be turned any direction, which facilitates a nice quick downhill transition, and the heel lifters do their job with ease. The ION accepts a ski crampon, though the mount is different from the Dynafit system, so you need to buy G3 crampons. The overall weight is competitive (1. 25 kg vs. 1.15 kg/pair for Radical) and the binding looks great – especially mounted on the all-black Volkl BMT 94! 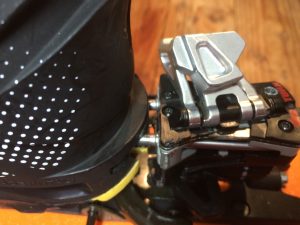 The G3 ION follows the proven big-picture design of the Dynafit system and improves on several potential weaknesses like heel unit float (forward pressure), mounting pattern width and toe jaw clearance. The result is a solid binding that performs well.

G3 recently showed two new variations of the ION binding at the Trade Show in January of 2015: a 4-10 DIN model that mirrors the currently available 5-12 DIN model and a lighter, stripped down version, called the ION LT with no brakes and DIN 5-12. These will be available fall 2015.

check out our look at the G3 ION ski crampon

Support offpistemag when you shop for a deal on the G3 ION binding backcountry.com