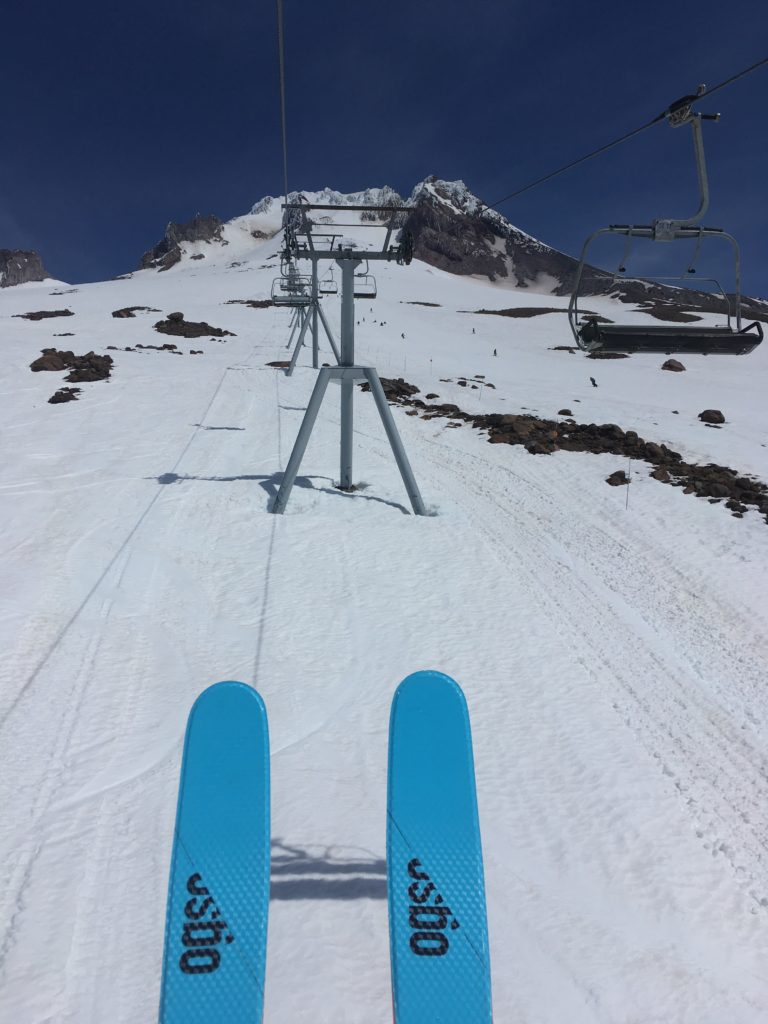 Ogos founder and ski mountaineer, Tom Seidensticker, describes Ogso skis this way, “The skis are balanced for weight, strength, shape and form … Light enough for climbing but not too light … and shaped to facilitate turns and use in all conditions … That’s the real story and idea of Ogso.”

Seidensticker, an experienced mountaineer with 8,000-meter peaks under his belt, is the driving force behind Ogso. After climbing and skiing peaks of all sizes, he became focused on designing and building skis to handle the demands of technical ski mountaineering. 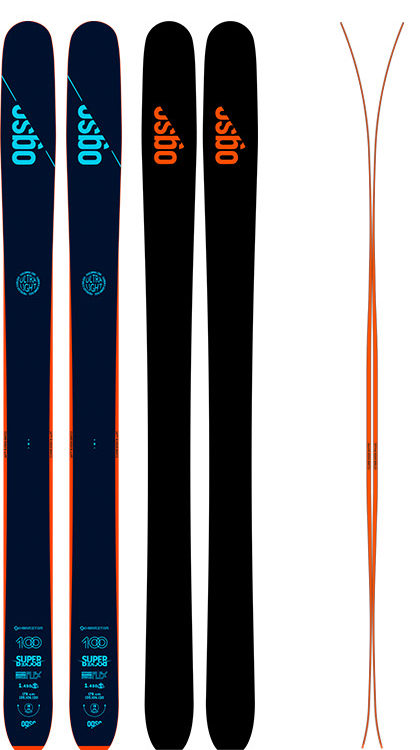 Though we understand the value of designing skis that can handle steep, technical mountaineering, our interest is in skis that carve, float, slash and smear in more common terrain and a wide range of snow conditions. We were able to take the Ogso Diable (104mm underfoot) and Ogso Gervasutti (90mm underfoot) for a test ride this summer in a variety of carvable summer corn snow.

Well, the Ogso skis did not disappoint. In fact, both models offered an easy familiarity and responsive feel from first run. The Diable and Gervasutti models come from Ogso’s heavier, more downhill-minded line, but the shapes and profiles have mirror models in Ogso’s lighter layups.

The Ogso Diable (135-104-120), named after an iconic couloir between the Aiguilles du Diable and the Mont Blanc du Tacul in the Valle Blanche near Chamonix, was the pick of the day. It’s shape uses the now common five-point side-cut or taper type profile that moves the widest points of the ski closer to the binding than a more traditional sidecut. The result is a responsive, playful ride. I’d rate the tip rocker as healthy and the tail as modest, while the camber is light. The ski’s personality is quick, confident and full of life. It draws you into turns and lets you decide how and when to finish them.

The Diable has a lightweight counterpart called the Shwarztor. Named after a classic ski tour over a pass by the same name above Zermatt in the Swiss Alps, the Schwarztor adopts the same profile, healthy rocker and nearly flat camber found in the Diable, but it uses a lightweight paulownia wood core with a carbon and aramid layup to give it a  skintrack friendly feel. Given the confident performance of the Diable, we look forward to getting on the Schwarztor early this winter.

Read more about Ogso skis at Ogso Mountain Essentials or check ’em out at the following Northwest shops: