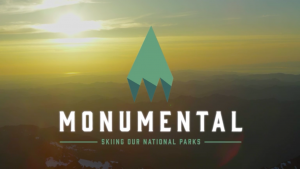 KGB Productions – a film production crew from Jackson Hole who have produced a few ski films in recent years have a cool new project to launch this fall, Monumental: Skiing Our National Parks.

A ski film unlike any other, it celebrates the 100th anniversary of the National Park Service by paying homage to these monuments of nature and solitude, reminding us skiers where we came from, and that we belong to something greater than ourselves. Follow contemporary explorers through the lens of KGB Productions with skiers Andy Mahre, Lynsey Dyer, Griffin Post, Colter Hinchliffe, Kalen Thorien, Greg Hill, and Connery Lundin at Yellowstone National Park, Yosemite National Park, Grand Teton National Park, Glacier National Park, and Olympic National Park. Learn more