The King Pin, Marker’s new tech-style AT binding is making waves across the internet this week. And for good reason, it sounds pretty cool. The tech toe is similar to the growing crop of tech binding options, but it’s the heel unit that looks to set the King Pin apart. It’s got a full TUV Din certificate for one. Second, it’s more like a trad alpine heel than a typical tech heel. The whole thing weighs in around 730 grams (that’s about 150 grams more than a Dynafit radical). Sounds like retail cost, when it hits the market late 2014 or early 2015 will be $600-650 depending on brake options. You can find a variety of beta on the binding online, but here’s the scoop straight from Marker.

PREMIERE OF THE TOURING KING 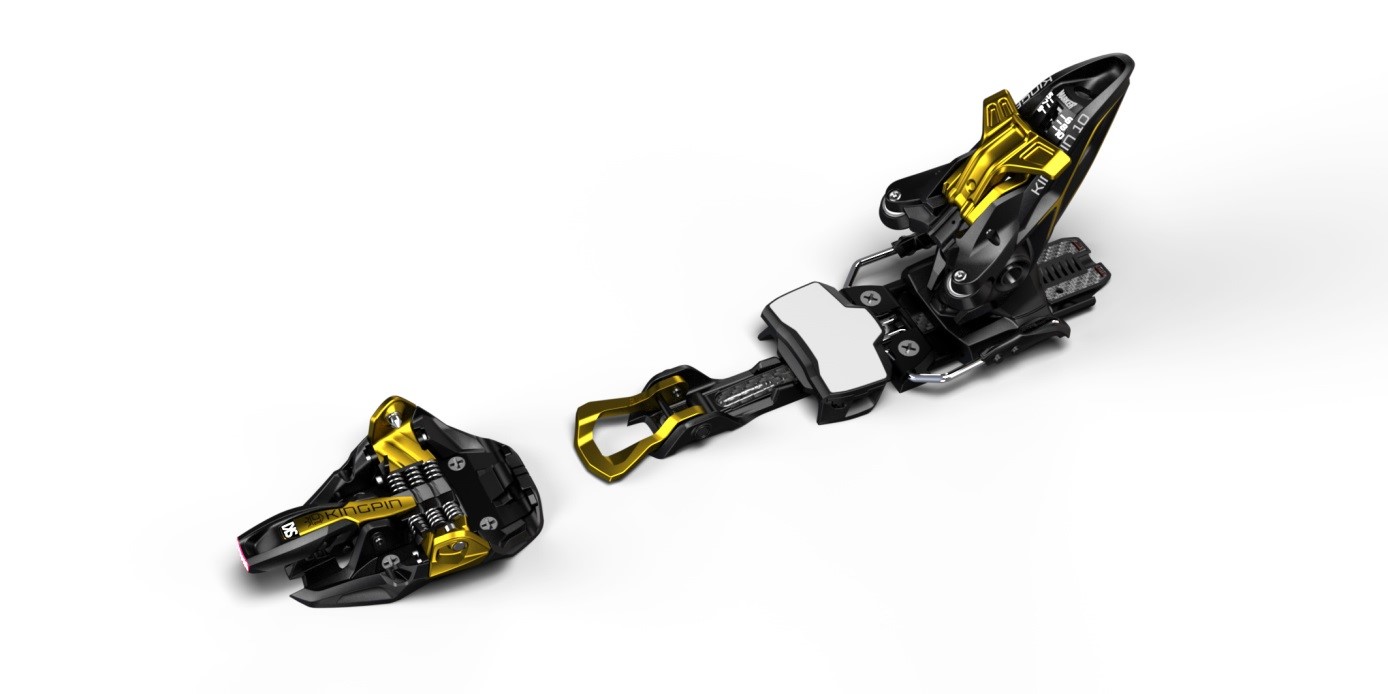 Developed for a wide range of skiing environments, the KINGPIN is a standout product in three key areas: added Protection and safety, Performance via optimal power transmission, and Comfort in the form of easy operation in both ski and walk modes.

KINGPIN is the first PinTech binding to gain DIN ISO 13992:2007 certification from German TÜV organization. This reflects decades of experience on the part of Marker engineers, paired with the know-how and expertise of the MARKER Touring team.

The KINGPIN has a defined, configurable release setting that triggers reliably. It includes an active length compensation function to ensure proper release, even when the ski is flexed. KINGPIN delivers consistent release values that can be inspected using standard release testing equipment.

The binding’s trailblazing heel design allows for direct, undiminished power transfer, meaning the best possible skiing performance on both the ascent and descent. The KINGPIN has also been engineered down to the last detail to ensure optimal comfort – the operation of the climbing aids, as well as the switch from walk to ski mode, are refreshingly simple.

Adjustable guide points on the toe pieces make it easier to click in. When compared with other PinTech bindings, the KINGPIN offers greater security and power – and all of that at a scant 730g (Kingpin 10 & 13, per binding with brake).

“In developing the KINGPIN, our overall goal was to engineer a frameless PinTech-based binding comparable with conventional alpine bindings in terms of performance, comfort and especially protection. We’ve invested much time and countless meters of vertical drop in the design process, and believe that the new KINGPIN represents a real revolution in the ski touring area. We’re proud to have produced the first PinTech binding to gain DIN ISO Norm 13992:2007 certification.”

Unlike traditional PinTech bindings, the revolutionary KINGPIN heel construction offers ideal power transmission:  the XXL Power Transmitter is designed with wide contact points to hold the heel of the boot broadly along the outer edge. This eliminates any play in the tipping forces when initiating a turn, transmitting those forces directly from the binding to the ski. Because the steering impulse in skiing is largely initiated from the heel, the KINGPIN’s heel stands out for its undiminished, direct power transfer. Further enhancing this effect is a wide (38mm) hole pattern. The heel can be switched from walk to ski mode even during critical situations like challenging steeps, quickly and simply.

The Six Pack Power Spring, produced from high-quality steel, delivers increased energy absorption when compared with traditional four-spring PinTech toe pieces. They also hold the boot powerfully and securely in place. One major benefit of KINGPIN is that, when the toe of the binding is in ski mode the skier still has the security and retention needed for high performance skiing. Individually adjustable guide points position the boot properly to make clicking in extremely easy. The crampon bracket is permanently integrated into the toe piece. As with the heel piece, the toe piece also has a broad hole pattern of 38mm.

KINGPIN offers three climbing positions (0°, 7°, and 13° at a sole length of 310 mm), thanks to two integrated climbing aids. These helpful tools are easy to fold in and out using the tip of a ski pole. They are positioned in the center of the heel piece for easy access.

The KINGPIN is available with two different brakes, one for skis 75-100 mm in width and one for skis 100-125 mm in width. The brake system contains advanced safety features, including a system designed to lock the brake automatically when switched to walk mode, and to unlock it immediately when switched back to ski mode. When the heel of the boot steps in, the brakes also fold inward, eliminating the classic problem of the brake arm protruding far beyond the ski. The brake can also be easily changed.

Crampons – Brackets on the toe pieces

For extra challenging climbing situations involving ice or crusty snow, crampons can be conveniently mounted on the toe pieces of the KINGPIN. Crampons are available in 90, 105, and 120mm. 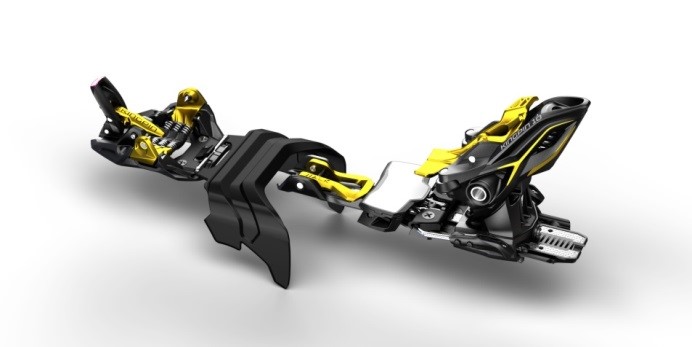