Welcome to Off-Piste Magazine’s home of backcountry ski movies, ski movie trailers and related mountain films for your viewing pleasure. This where you will find ski movie trailers, webisodes and all the various mountain and adventure film clips that we believe are worth viewing. 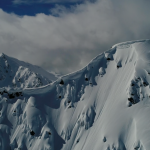 Matchstick Ski Movie Trailer – The Hoji Movie The Western states may be blanketed by hot temps and wildfire smoke, but ski movie trailer season is here! Behold the Hoji Movie . . . 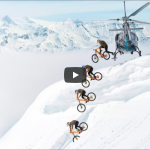 Fabio Wibmer rides Saalbach Well, bad acting aside, this is pretty crazy. Full-tilt ripping on the mountain bike on snow with a full array of acrobatics. I’m guessing a few of these scenes required multiple takes. 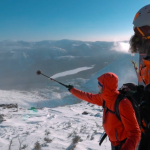 The Loners – Northeast Appeal – Backcountry Skiing in Chic Chocs For those of us in the western states, it’s easy to think the backcountry ski universe revolves around us. Lest we get too self absorbed, here’s a look at some dedicated backcountry riders exploring the Chic Chocs on the Gaspé Peninsula in Quebec. Looks like fun . . …. Read More

Candide Thovex ski film Here’s a new take on skiing or at least sliding on skis . . . I kept waiting for the snow. I guess Thovex is just ahead of his time – he’s ready for the future of climate change and a time when there is no more snow . . . Regardless, it’s impressive. 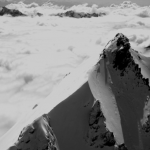 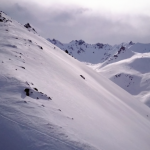 The DPS Ski Film Series – Shadow Campaign Volume IV – Episode 4   The DPS ski film crew travels to Kyrgyzstan for the latest ski film in their Shadow Campaign series, Song for the Nomad. The film highlights the Celestial Mountains of Kyrgyzstan as well as the traditional mountain culture all set to an original musical score. Here’s what DPS has… Read More 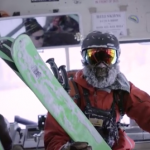 Ski Bum Life – Less is more                   Here’s a quick bit of inspiration for anyone looking to buck the status quo of bigger, better more . . . John Shocklee puts a pretty nice spin on the less-is-more approach to living. May his simplicity inspire a new generation in search of… Read More 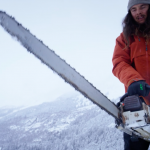 DPS Cinematic heads for Haines, Alaska for the latest installment of their ski film series. A tranquil day of ice fishing goes suddenly awry when natural selection rears its ferocious head. Something lurks in the depths of the great lonesome mountains of the North– a land where if you are not the predator, you WILL be the prey. But four… Read More 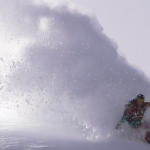 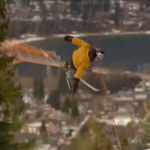 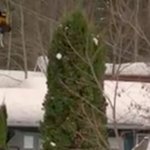 Sherpas Cinema giving new meaning to off-piste . . . Sherpas Cinema, well known for their ski films, Into the Mind and All I Can, has a teaser for a new urban ski shred film called Imagination. The work pays tribute JP Auclair and the Rossland ski clip from the film All I Can. Sounds like the full cut will be out 10/29.  Stay… Read More 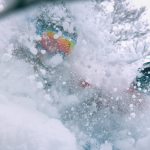 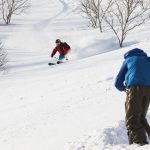 As Promised, here’s Episode 1: The Space Within – the first installment of four DPS Cinematic Short Films. And here’s the official word from the DPS team: Exploring the tidepools of a deserted tropical beach, a young boy finds a mysterious treasure washed upon the rocks. ‘The Space Within’ whispers of another world, holding magic unlike anything he has seen… Read More 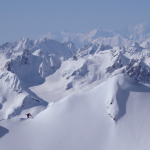 DPS Skis has just announced Volume IV of  their ‘”Shadow Campaign” Film Series. As usual we can look forward to four new films. This year, the DPS Cinematic crew traveled to Kyrgyzstan, Japan and Alaska in search of adventure on snow.   Individual episodes are scheduled for release on the third Thursday of September, October, November and December of 2017 –… Read More 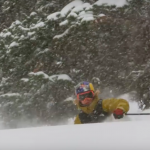 It’s that time of year again. September is knocking at the door and the ski movie trailers are here to distract us from our precious workday schedules . . . Here’s what TGR has to say about their latest ski movie, Rogue Elements: Since the dawn of time, everything that has lived and breathed on this planet has been subject to… Read More