I’m a minimalist by nature. Less is more has proven to be a solid motto for most things backcountry skiing. Well, maybe not when it comes to the width of my skis, but today’s wide skis help fuel the less is more mantra, because if you’re gonna slide around on 110-130mm underfoot, you better lighten your kit anywhere you can. And a good place to start is with your climbing skins. The new G3 Minimist Glide climbing skins are a minimalist version of their Alpinist+ climbing skins. In fact, G3 claims they are 30% lighter than comparable skins. 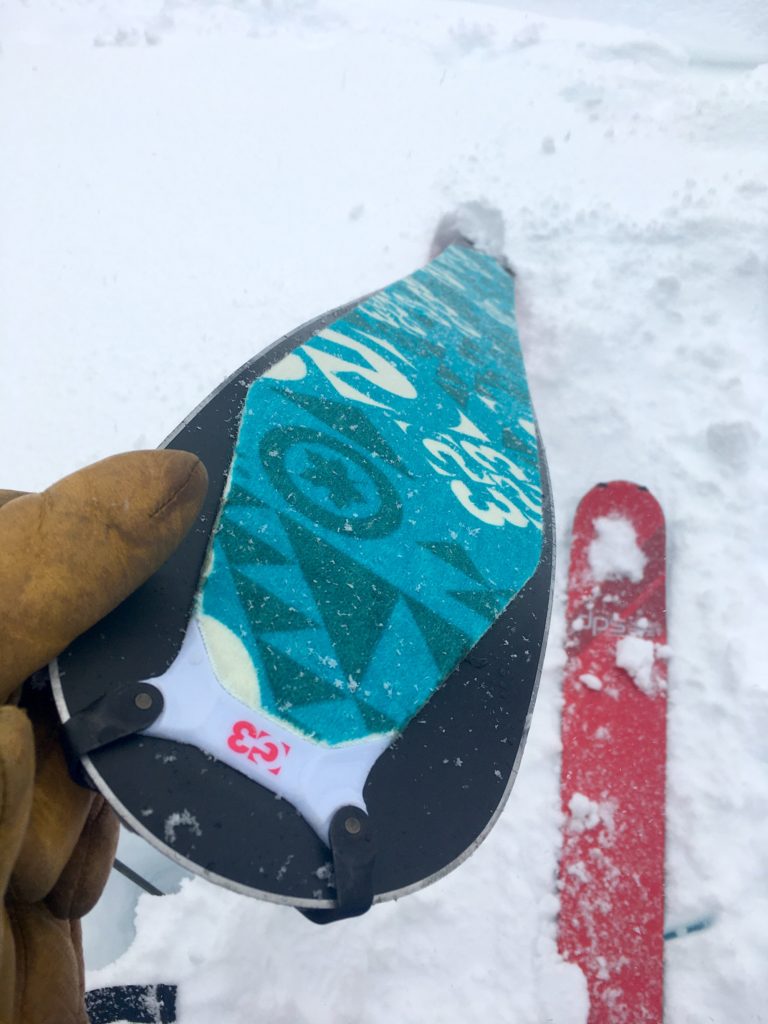 The new Minimist skins build on the proven, easy-to-use design of their Alpinist + skins by making them more low-profile and lighter weight. First, the Minimist leaves G3’s plastic Scala tip (read about the Alpinist + and Scala tip here) behind in favor of a more traditional and low-profile tip. The specs say the tip includes a carbon fiber insert to help give the tip some structure, but in real life it’s pretty subtle. Nonetheless, they feel and work great. G3’s tip and tail connections have proven to be some of the most reliable in the business. Rather than using their typical thick rubber tail clip system, the Minimist uses a thinner rubberized tail material. And the tip clips are refined to be even more low-profile than previous versions, which further reduces the potential for knocking them with your ski edge while skinning. The ski material itself is as thin as any I have used making the skins easy to fold and creating a light, low-volume package once folded. The G3 Minimist skins deliver a light, packable and easy to use program.

G3 Minimist climbing skins are available in three different plush types – universal (100% synthetic), momix (70% mohair / 30% synthetic) and speed (100% mohair). In general, 100% synthetic plush offers the best all-around grip at the expense of reduced glide, 100% mohair plush offers the best glide, especially in cold snow conditions, but at the expense of some grip, while the 70/30 momix offers a compromise. I’ve been using the momix (Glide as G3 calls them) blend for several seaosns and am very pleased with its glide and grip in a wide range of snow conditions. I recommend it for all but those who have a thing for extra steep skin tracks.

The most important characteristic of any skin is reliability. Does the glue work. How do they hold up? Do they shed snow and glide easily? Yes, to all of the above for the G3 Minimist skins. I have two full seasons on my first pair of momix Alpinist+ skins and they still work flawlessly. With three full weeks of touring on the new Minimist, all systems are go. The glue has been great and the grip and glide are excellent. Less is more with the G3 Minimist climbing skins.

Read about climbing skin care and use tips

Ski Crampons – The What, Why and How
Old School Powder Skiing