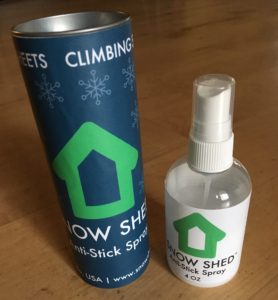 We’ve all been there – breaking trail with a healthy layer of snow on our ski topsheets, cursing the added weight with every step. It doesn’t seem to matter what ski topsheet material or it’s texture. Given the right conditions, snow builds up and adds weight to every step as you head up the skin track. I’ve experimented with a variety of topsheet treatments from Rain-X to F4 in an attempt to reduce snow build up. I’ve had mixed success. K2 even started making topsheets out of P-tex, so you could apply ski wax to reduce snow collection. Well, some backcountry skiers from Colorado have been experimenting, too. They recently introduced a product called Snow Shed topsheet wax – www.mountainflow.com.

The beauty of Snow Shed Wax is that it’s a water-based lubricant. It’s even sourced in Colorado. According to, Peter Arlein, Founder and CEO of mountainFLOW, the product was born out the same frustration we all have — the added weight of snow on our lightweight ski gear while out ski touring. He experimented with a variety of lubricants and solutions and was pleasantly surprised to find that the most effective solution was actually readily biodegradable and considered non-hazardous to the environment according to OSHA’s Hazard Communication Standard. 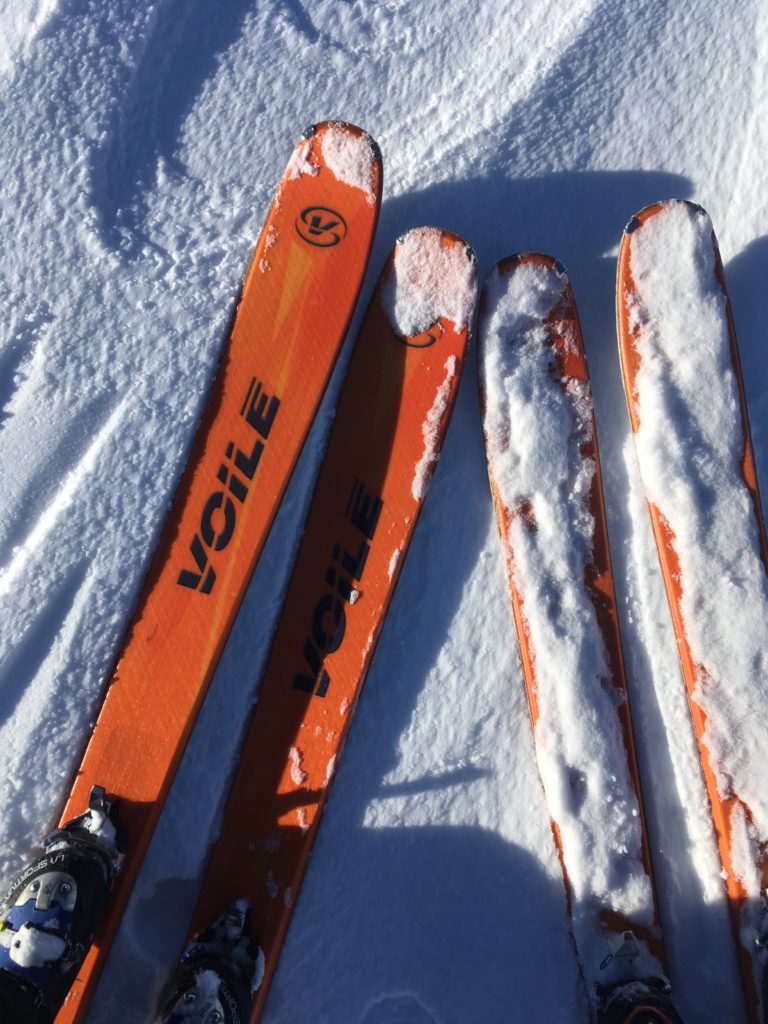 Snow Shed Wax is a specially formulated silicone lubricant. Once applied, it dries quickly to form a super-thin hydrophobic layer on top of your skis. The layer reduces snow’s ability to bond to the ski’s topsheet and thus decreases the likelihood of significant buildup.

I’ve been testing Snow Shed Wax this season. It’s easy to apply. Just spray it on your top sheets (it comes in a pump spray bottle), spread it around with a cloth and let dry for 5-10 minutes. Ideally, your skis are warm and dry before applying. In testing, I found that daily application makes for the most effective results. According to Arlein, Snow Shed can also be used on bindings and climbing skins (the sliding side, not the glue side).

My testing has been limited to reasonably cold conditions – arguably not the worst-case scenario for snow build up, but I have done some A / B testing with one ski treated, one ski not and skied with a buddy who was on the same model ski without any treatment over the course of several ski days. Snow Shed definitely reduced snow build up, though it did not eliminate it. Over the course of several ski days, there were times when my topsheets were totally clear and my ski partner’s untreated skis were covered with snow, and there were times when we both had a degree of build up. All in all, the Snow Shed Wax was helpful, though it’s no silver bullet — not that I was expecting perfection, but I was hoping.

You can find Snow Shed Topsheet Wax at mountanFlow.com