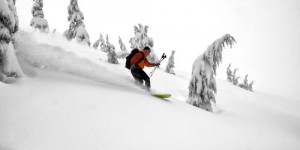 The idea behind Mountain Approach skis is that they allow you to take your favorite board into the backcountry and have the uphill travel ease of a skier. So if you are dedicated to your freestyle twin board, you can still ride it in the backcountry. The system centers around a folding approach ski. The skis 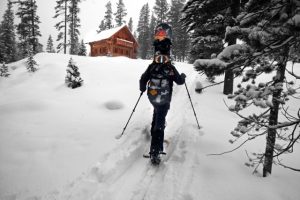 measure 140cm open and 54cm folded and come rigged with a binding designed to work with your snowboard boots and have permanently attached skins. The package even includes a specially designed touring pack with dedicated sleeves to carry the skis plus all the usual space needed for a routine backcountry ski tour including dedicated avy tool storage.

How can you have a folding ski you ask? Well, the system is pretty clean and, from what I’ve seen, unique. Each ski has two hinges that are easily locked or unlocked by rotating the hinge pin. The hinges are cast aluminum and functioned well during testing. It sounds like early versions had plastic hinges that had some issues but the current version works well. 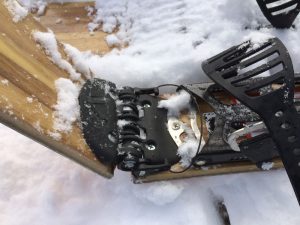 The skis (with bindings and skins) weigh about 4.5 lbs each – not far off that of a dedicated backcountry ski setup and definitely lighter than a splitboard setup on your feet. The system requires that you carry your board on ascent and then stow and carry the Mountain Approach skis on the descent. That’s where the Mountain Approach backpack comes in. The pack carries your board nicely and has built-in sleeves dedicated to storing the approach skis for descent. The sleeves keep the ski weight close to your back and separated from the rest of your gear. The bindings and skins are part of the skis, so there’s no assembly or disassembly, other than folding, required.

It’s a clean system that works. The obvious question is whether it beats using a splitboard, and the answer is a personal one. For those riders who are dedicated to riding a solid board, the answer is easy; Mountain Approach gets the job done and lets you ride the board of your choice. For others, less concerned about the nuances of splitboard performance, the answer is more complex. Mountain Approach skis are relatively simple in that there is no fiddling with skins or binding changes, but the system adds weight to your pack on the up and the down. And it’s still a relatively big investment ($800 for skis (with binding and skins) and the backpack). Basically, there are compromises to be made as a backcountry snowboarder and the path you choose is going to depend on your preferences. I’m just happy to see the options growing. 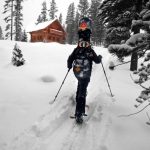 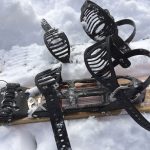 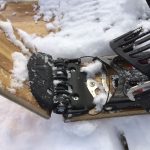 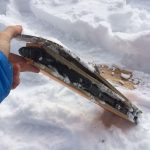 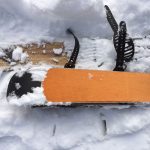 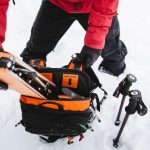 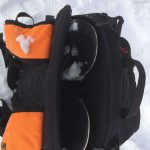 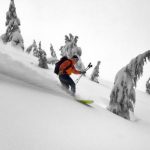