We have been fans of the G3 Empire for several seasons. It’s lightweight carbon build plus healthy width and rocker combined to deliver a surfy and playful ride in any soft snow conditions. Well, the next evolution is here and it’s a lot of fun, too: the 2018 G3 SENDr 112.

The SENDr 112 builds on the new shape that G3 launched in 2016 with the FINDr and ROAMr models, while stepping the width up to, you guessed it, 112 underfoot. The new G3 SENDr 112 targets skiers who want a damp and capable ski and who are less concerned with having the lightest possible construction (the FINDr is the lightweight edition). As you can guess from its name, the SENDr is a ski ready to be driven hard. The shape features a rockered tip, +1 camber under foot and a raised tail; I’d rate the flex as stiff for a backcountry ski but well distributed through the ski. Construction includes carbon fiber and two layers of metal in the layup. Despite the metal, the SENDR 112 still weighs in around 7.5 lb a pair at 181cm, not bad. The ski (as well as all other G3 skis) uses Polyurethane (PU – like skateboard wheels) for the sidewalls. The combination of PU sidewalls and metal layers makes for a remarkably damp ride.

All in all, we’re talking a damp, confident ski with a healthy size turn radius bias. It’s well suited to today’s stouter backcountry boots – like a Scarpa Maestrale / Maestrale RS or similar. It’s also the kind of ski that easily moves between lift access and touring thanks to its metal laminate and PU sidewalls.

Check pricing for the G3 SENDr 112 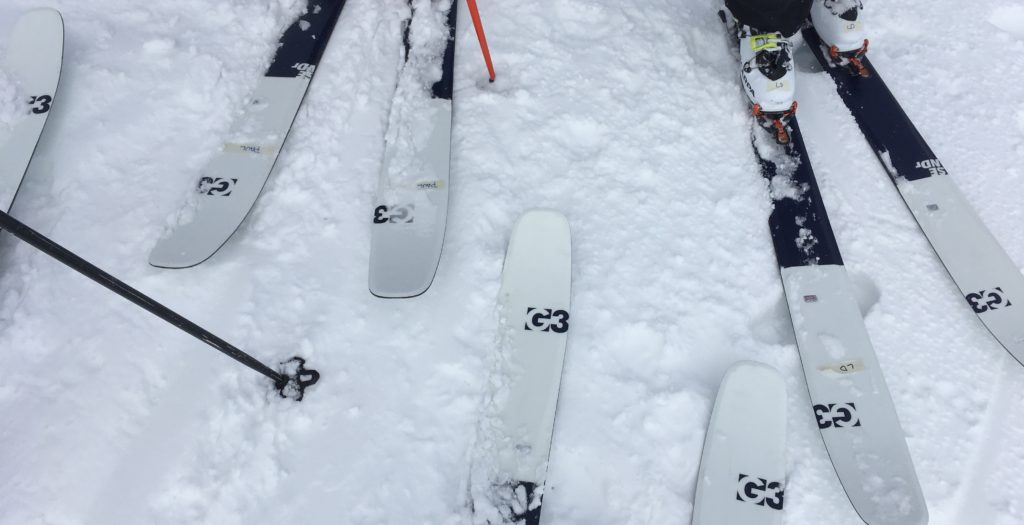